COULD THE NBA BECOME THE NATION’S FIRST PRO LEAGUE TO ELIMINATE THE BAN ON MEDICAL MARIJUANA?

Professional basketball may be edging closer to permitting the use of medical marijuana in the wake of support from former players and the league’s former commissioner. However, the NBA is reluctant to act hastily in its decision, and the league plans to continue studying the effects of medical cannabis before reconsidering the league’s restrictions for its players.

Last month, former NBA commissioner NBA David Stern came out in favor of allowing players to use cannabis. In a recent UNINTERRUPTED documentary, Stern sat down with former player and current medical marijuana advocate Al Harrington, who played 16 years in the league.

Harrington told Stern during the interview that he personally used CBD, a non-psychoactive cannabinoid found in cannabis, during the last three years of his 16-year NBA career to treat inflammation from what he called a “botched knee surgery.”

After hearing Harrington’s story, Stern remarked, “I’m now at the point where personally I think it should be removed from the banned list. You’ve persuaded me.”

Early during Stern’s tenure as commissioner, which ran from 1984 to 2014, the league cracked down on marijuana use among players, matching the war on drugs that was in full swing at the time.

“It was generally known at some point, until we tightened the rules, that a lot of our players were smoking a lot of marijuana,” Stern told Harrington. “But we began tightening it up, and at that time people accepted the generally held wisdom that marijuana was a gateway drug and that if you start smoking, you’re liable to go on to bigger and better stuff.”

Stern revealed that watching a special on CNN featuring medical marijuana changed his mind on its potential benefits. He now thinks “there’s universal agreement that marijuana for medical purposes should be completely legal.”

During the interview, Stern began to speculate as to the best way to approach ending the ban on cannabis use in the NBA. He believes it is up to the players themselves to ensure they have the right to use cannabis if it is legal in their state.

“I think we have to change the Collective Bargaining Agreement and let you do what’s legal in your state,” Stern said. “If marijuana is now in the process of being legalized, I would think you should be allowed to do what is legal in your state. Now I think it’s up to the sports leagues to anticipate where this is going and maybe lead the way.”

When the current collective bargaining agreement, agreed upon last December, was negotiated between players and the league, marijuana remained on the banned list, and removing it was not a center of discussions, two people close to the negotiations told USA TODAY Sports.

“I think all of the (sports) leagues are now appropriately focused on player training, structuring of the right parts of their body, player rehabilitation in the case of injury, player nutrition … (marijuana) should be a part of that conversation,” Stern said.

Current Golden State Warriors coach Steve Kerr said on a CSN Bay Area podcast that he has tried treating his back pain with marijuana.

“I guess maybe I could even get in some trouble for this, but I’ve actually tried [marijuana] twice during the last year and a half when I’ve been going through this pain, this chronic pain that I’ve been dealing with,” Kerr told host Monte Poole.

“A lot of research, a lot of advice from people, and I have no idea if I would — maybe I would have failed a drug test. I don’t even know if I’m subject to a drug test or any laws from the NBA… But I’ve tried painkillers and drugs of other kinds, as well, and those have been worse. It’s tricky.”

Kerr said, “Having gone through a tough spell over the last year with my own recovery from back surgery, and a lot of pain, I had to do a lot of research. You get handed prescriptions for Vicodin, Oxycontin, Percocet, NFL players, that’s what they’re given. The stuff is awful. The stuff is dangerous. The addiction possibility, what it can lead to, the long term health risks. The issue that’s really important is how do we do what’s best for the players.”

NBA players who test positive for recreational drugs such as marijuana are not suspended until their third failure. If a player tests positive for marijuana and is convicted of the violation, he will be required to enter the Marijuana Program. A second offense will result in a $25,000 fine, and the third will be a five-game suspension.

“It’s easy for doctors to prescribe you Oxycontin, and look, I was addicted to it for five plus years so I know,” Williams tells FOXBusiness.com. “But when you say marijuana, you get a reaction, ahhh, it’s a gateway drug.”

Williams estimates that 75 to 80 percent of athletes quietly use marijuana in the NBA. “I know so many athletes that play on Percocet. Have you ever taken Percocet by the way? It makes you way more groggy than rubbing cannabis oil into your skin,” adds Williams. “It’s demonized in society too. Oh, he’s a pot head. No, I actually just use cannabis oil because it helps with inflammation and takes away some anxiety.”

A League Resistant to Change?

In a statement, NBA spokesman Mike Bass says the league’s position regarding cannabis use remains unchanged.

“While Commissioner Silver has said that we are interested in better understanding the safety and efficacy of medical marijuana, our position remains unchanged regarding the use by current NBA players of marijuana for recreational purposes.”

While the NBA takes a wait and see approach, former and current players, coaches, and league officials continue to come out in favor of medical cannabis for players in the league. 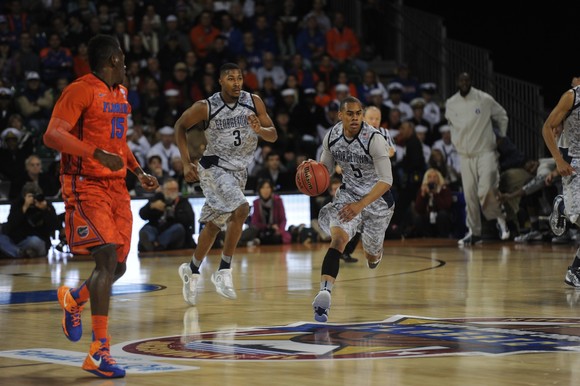