Hemp-derived cannabidiol (CBD) is projected to be a billion-dollar market in just three years, according to a new report by Brightfield Group. The data company estimates that hemp CBD sales have already hit $170 million in 2016 and a 55% compound annual growth rate over the next five years will cause the market to crack the billion-dollar mark.

CBD made from hemp contains less than 0.3% THC, the psychoactive ingredient associated with marijuana and is often used to treat various medical conditions. It is sometimes called hemp oil and it is sold in most states and online. This makes the product more accessible than marijuana-derived CBD, which some consumers believe is the more effective version of CBD, but can only be sold where marijuana is legal.

There is a great deal of confusion regarding the legal status of hemp and why these products are so readily available versus marijuana-based CBD products. In 2014, the Farm Bill stated that hemp was different from marijuana, yet the Drug Enforcement Agency’s (DEA) position is that hemp comes from the cannabis sativa plant and as such falls under the controlled substance act. In 2004, the Hemp Industry Association won a court case against the DEA from the Ninth Circuit Court of Appeals that ruled the DEA didn’t have the authority to ban hemp under the CSA. "By that federal court ruling, similar to non-scheduled hemp food products, this allows Medical Marijuana, Inc. to sell online and distribute to customers in all 50 U.S. states," said Dr. Stuart Titus, the company's CEO.

Last December, the DEA created a code numberfor marijuana extracts, which many believed was an attempt to go after CBD oil. The DEA said it was just some housekeeping and so far the agency hasn’t made any efforts to go after the more than 200 number of products on the market. Demand for hemp CBD products is strongest in states where marijuana is difficult to buy, mostly in the Midwest. The number one brand is Charlotte’s Web from CW Hemp and made famous by the CNN segment from Sanjay Gupta.

Brightfield determined that 64.5% of the sales come through the online channel followed by 17.8% at smoke shops. Dispensaries were third, with 9% of the sales and health stores and doctor’s offices rounded out the top five. Dispensary owners tend to stock their shelves with CBD from producers that make both marijuana and hemp products, which cuts out many top hemp CBD makers.The top five online brands are CW Hemp, PlusCBD Oil, HempMeds (RHSO), Elixinol and CannazALL.

"One of the most surprising things we found during this research was how many companies are currently operating in the space, and how few of them are generating significant revenue," said Bethany Gomez, the Director of Research at Brightfield Group. "Essentially everyone is trying to do hemp, but only a handful are doing it well. It's seen as easy because it can be sold online but, with restrictions on traditional marketing, it is very difficult to connect with your core consumer and even communicate why they need your product."

The top 20 brands averaged sales of $2.1 million per year per company for 2016. However, some brands are much more successful with sales of $9 million-12 million. CW Hemp, made by CW Botanicals owns 7% of the market, followed by PlusCBD Oil made by CV Sciences with 5% of the market. The next three names are tied with 2% market share and they are Elixinol, HempMeds by Medical Marijuana Inc. and CannazALL by Hemp Life Today. An indication of the fragmentation of this market is that 79% of the market is made up of companies with very low sales comparatively.

Medical Marijuana's Dr. Titus said, "The cannabinoids provide essential and vital nutrients that support the human body's highest levels of health and wellness. Cannabinoid deficiency is rampant in our society and a contributing cause of numerous medical conditions. Mother's breast milk is cannabinoid-rich and the 'runner's high' is a release of the endogenous cannabinoid, Anandamide. Thirty U.S. states now approve medical marijuana - certainly, in the industry, we believe that "the trend is our friend" and the end of cannabis prohibition is at hand."

The bad news for Hemp CBD makers is that when marijuana-derived CBD becomes legally available, consumers tend to drop the hemp product. Also, Brightfield believes that as more states legalize recreational marijuana, those medical markets will shrink and the hemp CBD makers will have to focus on maintaining market share as new producers enter the market. 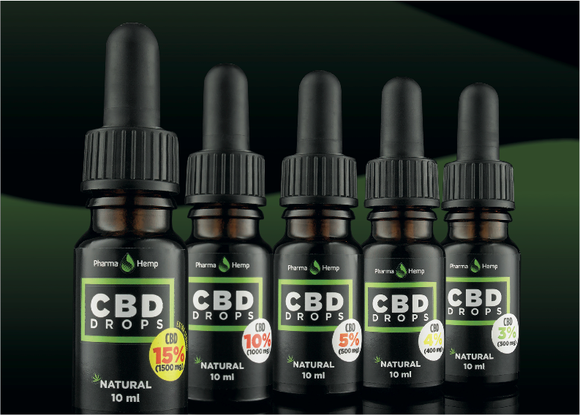